Online film viewings for a limited number of registered participants

Presented and sponsored by the MU School of Medicine Office of
Diversity and Inclusion, Black Men in White Coats will be available to view
February 12-17. Because spots are limited, viewers must register to receive
a passcode for the film. Registration will close once all spots are filled.

“Why is it easier to visualize a Black man in an orange jumpsuit than it is in a white coat?” Fed up with
the lack of diversity among doctors, a medical doctor sets out to explore why only 2% of American
doctors are Black men and what that means for society. This 80-minute documentary dissects the
systemic barriers preventing Black men from becoming medical doctors and the consequences on
society at large.

“I’m a black male doctor. I’ve sat in class while my professor used the ‘N’
word. I’ve been mistaken for hospital transport rather than the doctor that I
am. I’ve been approached by police so they could search my friend’s trunk
unwarranted. I’ve been told that I dress funny, speak poorly and would never
be successful. If these things happen to me as a doctor, what happens to
other black men? What will happen to my sons? This is why I started Black
Men In White Coats and why I decided to produce the film Black Men In
White Coats.” — Dale Okorodudu, MD, executive producer and founder of
Black Men In White Coats, University of Missouri class of 2006, MU School of
Medicine class of 2010

Join us on February 17, 2021 for two opportunities for post-film discussions:
4:30-5:30 p.m. — Q&A with Dale Okorodudu, MD
5:30-6:30 p.m. — Student Group Discussion with Invited Panelists
(A limited number of free copies of the book, Black Men in White Coats, will be available to students who attend)
Use the Zoom link for both discussions. 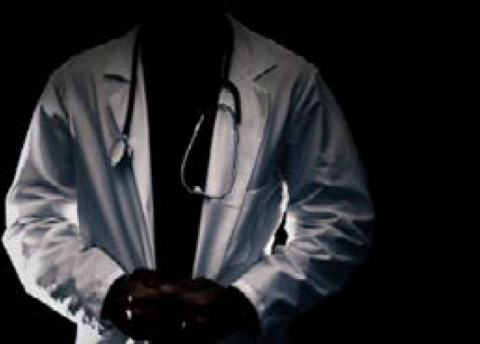